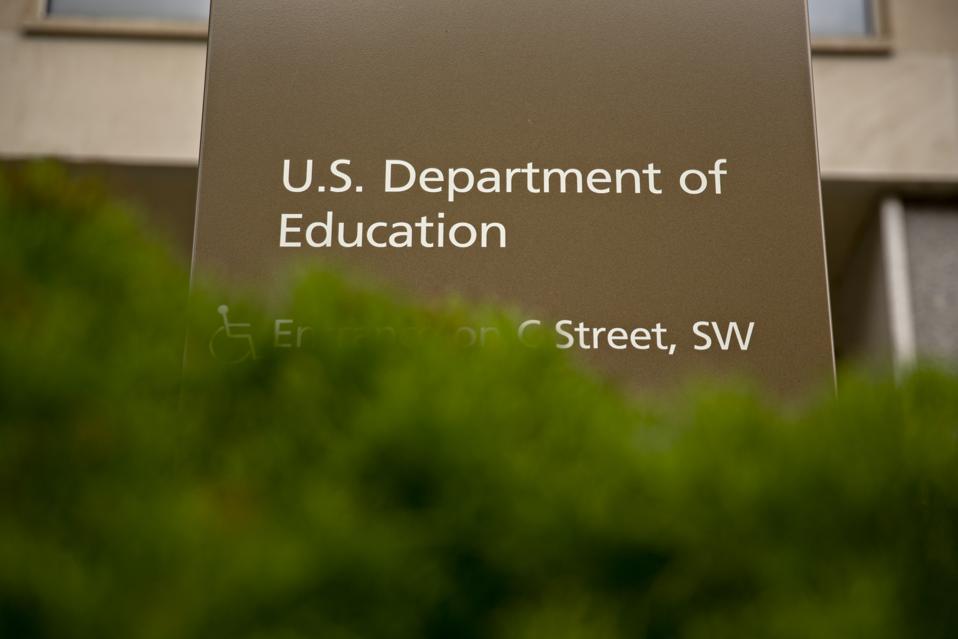 A. Wayne Johnson, an official in the Trump administration’s Education Department, made a minor splash last week when he announced that he would resign and run for Senate on a platform of forgiving most federal student debt. Though Johnson’s proposal inspired comparisons with the mass loan-cancellation schemes of Senators Bernie Sanders and Elizabeth Warren, it differs in one important respect: Johnson also wants “to get the government out of the student-loan business” entirely.

I’ve written at length about how mass student loan forgiveness is regressive, expensive, and unnecessary. Despite what presidential candidates may tell you, most student borrowers are not struggling to repay their loans, and we can help the minority who are in other ways. Wayne Johnson’s debt-forgiveness plan still has all these problems, and it tacks on some enormous extra costs, too, since he proposes a massive $50,000 grant to replace loans for all students.

But there’s another problem with all this, that Johnson addresses but the Democratic presidential candidates have failed to grasp: blanket student loan forgiveness would create a massive moral hazard.

Moral hazard occurs when there’s an implicit or explicit promise that someone else will bear the cost of your decisions. Moral hazard causes people to make questionable choices that they would not have if they themselves were responsible for all the consequences. For example, many large financial institutions made unnecessarily risky investments in the run-up to the financial crisis, on the (correct) assumption that the government would bail them out if everything went south. More prosaically, publicly-subsidized flood insurance encourages developers to build homes in areas at high risk of a deluge.

Though less dramatic than financial crises or floods, forgiving all student debt would create an analogous set of incentives. If Uncle Sam were to cancel hundreds of billions of dollars in student loans today, it would send an implicit message to future prospective borrowers: when student debt gets too high, the government will bail you out.

If the Education Department continues to make new student loans after a round of mass loan cancellation, borrowers will be justified—and probably correct—in assuming that another bout of forgiveness will happen sometime in the future.

In other words, the government will make new student loans today with the implicit promise that borrowers may not have to pay back all, or any, of their balances. In economic terms, the expected cost of borrowing will be lower. Therefore, students will borrow more, and colleges will charge higher tuition. After entering repayment, borrowers will pay off their loans more slowly, if at all. Why pay now if you’re going to get bailed out later?

Many proponents of student-loan forgiveness also call for making public colleges tuition-free or expanding existing grant programs. But free public college will not affect borrowing at private institutions, or at the graduate level, where student loan balances are growing the fastest.

Moreover, students eligible for new grants may continue to take out loans on top of those. After all, public-college students in America who get free tuition today still borrow an average of $24,000 throughout their studies. In the much-ballyhooed “free-college” nations of Norway, Sweden, Denmark, and Finland, the typical student still borrows tens of thousands of dollars, to cover living expenses.

That brings us back to A. Wayne Johnson, who does actually propose getting rid of new loans. He proposes replacing the federal student loan program with a $50,000 grant for tuition and living expenses, which would probably cost between $100 and $150 billion per year. This is far more than the federal government currently spends on higher education, and more than even Warren and Sanders propose doling out. After just a few years, the cost of Johnson’s grant will likely have exceeded the cost of a one-time student debt cancellation.

And thus lies bare the fatal flaw in student loan forgiveness plans. The only way to tackle their moral hazard problem is to abolish federal student loans. And if you abolish federal student loans, political reality demands replacing them with something else. That “something else” is probably going to cost an unrealistic amount of money. Over its lifetime, the price tag of Johnson’s proposed $50,000 grant will likely be several times the cost of forgiving all student debt today.