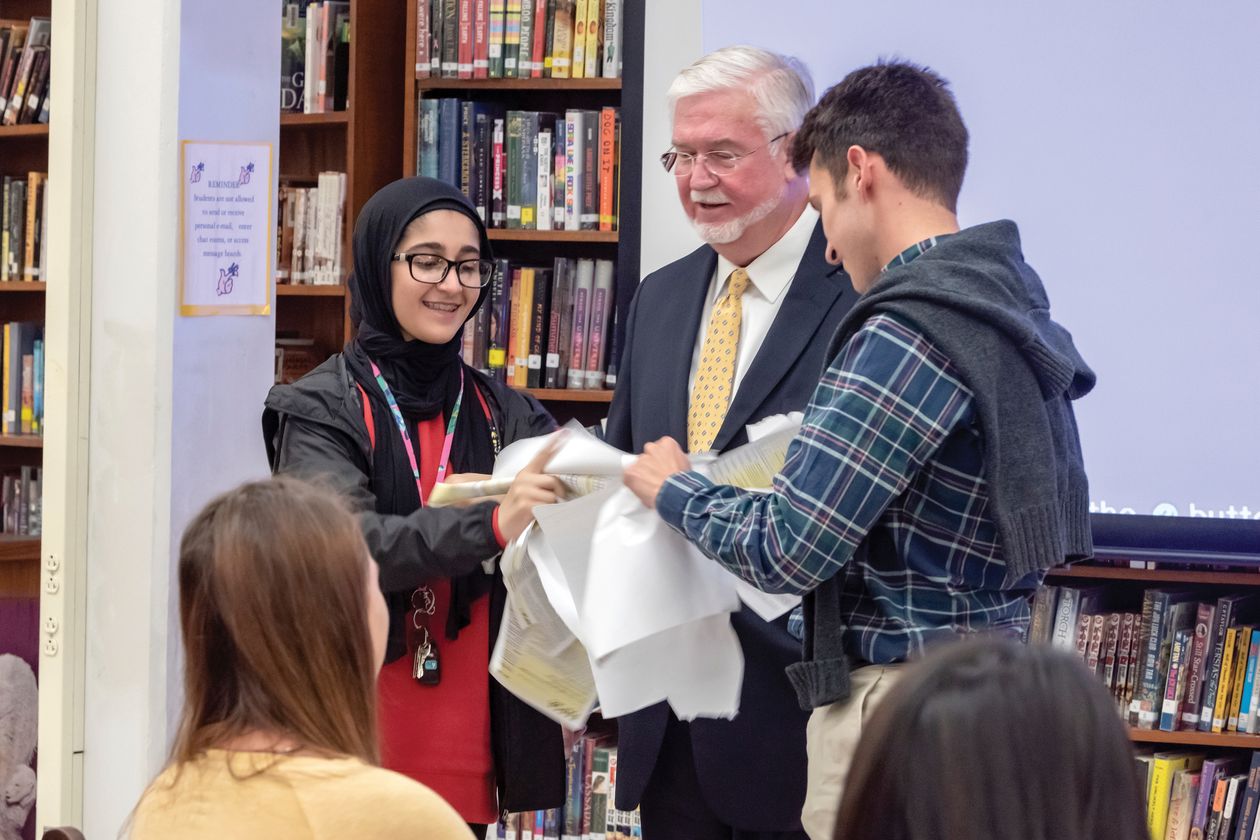 WASHINGTON - A senior student-loan official in the Trump administration said he would resign Thursday and endorse canceling most of the nation’s outstanding student debt, calling the student-loan system “fundamentally broken.”A. Wayne Johnson was appointed in 2017 by Education Secretary Betsy DeVos as chief operating officer of the Office of Federal Student Aid, overseeing the $1.5 trillion student-loan portfolio. After seven months, he moved into a different role as chief strategy and transformation officer, leading a revamp of how the agency deals with borrowers and the companies that service the debt.

Mr. Johnson said repayment trends suggest much of the debt will likely never be repaid, and he is calling for moving toward a system that gets the government out of student lending.

“We run through the process of putting this debt burden on somebody…but it rides on their credit files—it rides on their back—for decades,” he said, adding, “The time has come for us to end and stop the insanity.”

Mr. Johnson said he arrived at his position to cancel student debt after he joined the administration and had a firsthand look at problems, including the high level of defaults and the difficulties of administering a program to erase loans for public-sector workers.

Mr. Johnson plans a long-shot bid for the Senate seat being vacated by Sen. Johnny Isakson (R., Ga.), who has announced he will retire Dec. 31 for health reasons. Georgia Gov. Brian Kemp, a Republican, is set to appoint an interim senator until a special election next year for the remaining two years of Mr. Isakson’s term.

Mr. Johnson, who has never run for elected office, has voted in Republican and Democratic primaries, records show, and describes himself as a moderate Republican. He said he intends to run as a Republican.

Mr. Johnson proposes forgiving up to $50,000 for anyone with federal student-loan debt, about $925 billion, he said. Nearly 37 million borrowers would have their entire student-loan balances canceled under the plan, he said.

He would also advocate for a tax credit of up to $50,000 for people who already repaid student debt, which he sees as key to attracting wider support for canceling student debt.

Mr. Johnson suggested paying for the plan largely with a 1% tax on corporate earnings. In late 2017, the Republican-controlled Congress passed a tax-cut package that included a cut in business tax rates. All of his proposals would require action from Congress.

The Trump administration has hired consultants to assess the value of its student-loan portfolio, including how much is likely to be repaid. White House officials have expressed alarm over the low rate at which borrowers are paying down their balances.

About 41% of Americans support “immediately canceling and forgiving all current student-loan debt,” according to a Wall Street Journal/NBC News poll released in September. About 16% of Republicans supported such a plan, compared with 36% of independents and 63% of Democrats.

Mr. Johnson’s proposal would forgive more debt than the plan proposed by Democratic presidential contender Elizabeth Warren (D., Mass.), which calls for forgiving up to $50,000 in student debt for individual families, and scaling back the benefits for those earning above $100,000. Mr. Johnson said he would set no income cap for those receiving benefits. Presidential candidate Sen. Bernie Sanders (I., Vt.) has called for canceling all federal student debt.

Mr. Johnson, 67, has a doctorate in higher-education leadership from Mercer University and wrote his dissertation on student debt. He spent most of his career in financial services, and earlier this decade he headed companies that refinanced private student loans.

He said he sees his plan as part of an effort to get the government out of the student-loan business. Instead, he proposes for prospective students a $50,000 government voucher, which wouldn’t need to be repaid, to cover four years of tuition at college or graduate school.

His proposal is at odds with comments from Mrs. DeVos, who last week criticized the Democrats’ higher-education proposals. Asked on Fox News Channel about the Democrats’ plans to forgive student debt, she said: “Their proposals are crazy….Who do they think is actually going to pay for these? It’s going to be two of the three Americans that aren’t going to college paying for the one out of three that do.”